I’ll admit, I am not a ghost hunter, but my kids have become experts by watching ghost hunting on TV.
Here are their tips…
First, find a haunted building, especially one where a murder has occurred. The more backstory you have on this place and those who were killed the better.
Second, when you enter the building, you must wear black, turn off all the lights, and one of you must wear sunglasses like a douche.
Third, you must get a spirit box, which appears to be a shoe box with a microphone.
Then, you must ask in a monotone voice, “What’s your name?” Wait five seconds and gasp, “Oh my God!”
Return to the spirit box and listen carefully to what was recorded. Listen to it exactly three times. (The last time should be at an extremely slow speed.) Everyone else might be hearing an incoherent noise, but you must use your expertise to figure out what was said. “Jeremy.” Yes, “Jeremy” was the sound you heard.
In the dark, you will undoubtedly see a vague light that carries across the ceiling, also know as a ghost orb, or as my daughter calls it, a ghorb. This light indicates the ghost is among you. If the ghorb enters your body, you will feel one of many things—cold, angry, sick, or severe intestinal discomfort, in which case you must release the demons.
If you’ve experienced these things at your own home, it may be time to call a ghost hunter.
Please note that while I do believe there may be spirits among us, these shows border on ridiculous. To make things interesting and get more ratings, they obviously go to some extremes to keep things spooky. 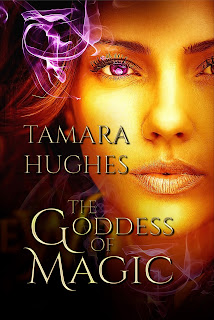 The Goddess of Magic
Bewitching the Beast
Book Three
Tamara Hughes
Genre: Paranormal Romance
Publisher: Soul Mate Publishing
Date of Publication: 4/28/2021
ISBN: 978-1-64716-212-2
ASIN: B08ZL6ZGG9
Number of pages: 220
Word Count: 75,000
Cover Artist: Fiona Jayde
Tagline: He was supposed to keep her safe, but the beast spares no one.
Book Description:
Socialite Holly Ellison’s best friends are immersed in a fight against evil. They don’t want her involved, but she’s determined to keep them safe. Little do they know she’s the key to everyone’s survival.
Dr. Peter Rennick hears his brother’s rumblings about witches, magic, and dragon spirits possessing people’s bodies only to find out what he’s saying is true. Peter witnesses firsthand the destructive powers of the beast and demands a role in the fight.
When Peter is put in charge of Holly’s safety, the intense attraction between them is a distraction they can’t afford. They must focus on destroying the beast, a powerful spirit that has its sights set squarely on Holly.
Each book in this series can be read as a stand-alone.
Amazon US      Amazon UK     Amazon CA      Amazon AU

I, Holly Ellison, am an idiot.

Grinding her teeth, Holly marched down the hospital hallway, away from the emergency room cubicle where her father was being treated for a broken arm. All this time she’d been working her butt off at her father’s art gallery, and for what? She should have seen her father’s betrayal coming. And in a sense she had. She just hadn’t wanted to believe he thought so little of her. Her throat tightened. They weren’t extremely close, but their relationship was good, wasn’t it?

Her footsteps faltered. She wasn’t being the best daughter. Only hours ago her father had fallen down the staircase in his Upper Manhattan duplex apartment. No, other than a broken arm, he was fine. Besides, he had his newest girlfriend at his side. The same girlfriend who would no doubt soon be his traveling companion. Now that he’d had his epiphany that life was too short to continue to run the Ellison Gallery.

Her blood pressure rose again. But instead of passing the reins onto her, his only daughter, the daughter who had been working for him since high school, the daughter who basically ran the gallery when he was gone, he would hire a “professional” to manage the place.

A professional. What was she? A trained monkey?

She pushed open the door to the street and braced herself for the early December nighttime chill.

Sure, she’d never gone to college, but she’d learned on the job. That had to count for something. Her father had given her an office and put her in charge of various aspects of the business. Had that merely been nepotism? His way of showing affection—a pat on the head and, once in a while, telling her she’d done a good job?

A biting wind hit her, but the cold wasn’t an issue. Not tonight. She was too hot under the collar for the icy temperature to affect her. Maybe she should walk all the way to Tess’s apartment. It might cool her off, so she sounded halfway sane when she vented to her best friend. Best friend? The one who kept secrets from her. Ugh. She should go home. A glass of low-cal wine might help just as well.

She rounded the corner of the building and came face-to-face with a . . . masked man? Holy hell! Holly turned tail but got only two steps away when she was grabbed around the waist from behind. Her heart beating so hard it might leap from her chest and pound on the guy for her, she screamed and twisted in his hold as he stuffed a silver compass into his pocket and dragged her toward a parked car.

“No! Let go!” She lost her purse in the midst of stomping on his feet, kicking his legs, elbowing him anywhere and everywhere. The few times she made contact had little effect. “Help,” she yelled as her attacker opened the car door to the back seat and shoved her inside.

About the Author:
A small town girl with a big imagination, Tamara Hughes had no idea what to do with her life. After graduating from college, she moved to a big city, started a family and a job, and still struggled to find that creative outlet she craved. An avid reader of romance, she gave writing a try and became hooked on the power of exploring characters, envisioning adventures, and creating worlds. She enjoys stories with interesting twists and heroines who have the grit to surmount any obstacle, all without losing the ability to laugh.
Website: https://tamarahughes.com/
Twitter: https://twitter.com/tamhughes
Facebook: https://www.facebook.com/tamarahughesauth
Newsletter sign up: https://madmimi.com/signups/113875/join
BookBub: https://www.bookbub.com/authors/tamara-hughes
Instagram: https://www.instagram.com/tamara.hughes2/
Goodreads:
https://www.goodreads.com/author/show/7738043.Tamara_Hughes
Amazon Author Page:
https://www.amazon.com/Tamara-Hughes/e/B00HXKHTY0 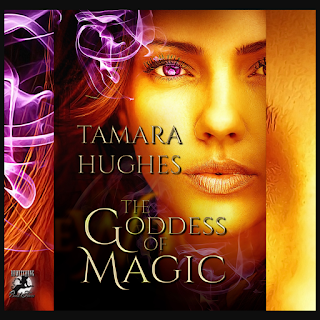 a Rafflecopter giveaway
Posted by Roxanne Rhoads at 1:30 AM

Thank you so much for having me on your blog today! It was fun to watch a ghost hunting show and come up with their "tips!"