I Am Number Four

It's Saturday and I'm blogging over on Paranormal Romantics today.

Can a movie ever live up to a book?
Stop by Paranormal romantics and check out my thoughts on the movie vs the book. http://paranormalromantics.blogspot.com/ 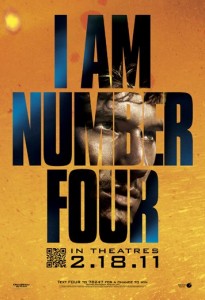 What is it with me and Vampires?

To find out please stop by "In the Hot Seat with H.C." where I'm guest blogging about me and my love of vampires! 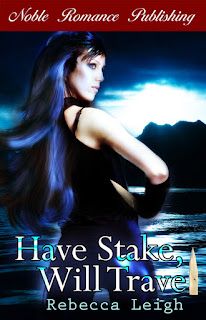 I must luv them a lot given that I devoted an entire novel to my vampire slaying (and occasionally loving) dhampire slayer Orion Masters.
Here's the link to the interview:  http://bit.ly/eoJ580
Posted by Rebecca Leigh at 1:36 AM 2 comments:

My newest novel has launched but with a slight glitch. "Lair of the Jaguar God" is a M/M paranormal romance that asks the question "can a young archeologist find happiness with a Mayan were-jaguar?" Because, well, that's the sort of question I like to ask.

The glitch you wonder? Well, the excerpts for the novel went out to romance review sites without the first line of the novel. The publisher is working on getting the excerpts updated, but I've decided to host a contest in honor of my first line.

Now through the end of February, all readers need to do is drop into my blog and leave me a comment with the first line of my novel on it. I'm helping out by including a short excerpt from the work. The first line is just three words long. Just read and go to MarieDees.com to enter the contest. At the end of the month, I'll chose a random winner who will get a free ebook of "The Lair of the Jaguar God."


Lair of the Jaguar God
“Virgin, Completely untouched.”
Kit jerked upright, knocking over one of the duffel bags piled in the back of the Jeep with him. Who’d told the professor? He stared at Owen’s gray ponytail and wished he could sink beneath the pile of supplies and disappear.
Owen glanced over his shoulder. “You okay back there, Kit?”
“Fine, Professor.” He lifted the bag up, listening for anything that sounded broken. “Your bag–”
“Clothes and an extra pair of boots. Just kick it to one side if it’s in your way.” The professor turned his attention back to the rutted dirt track they were driving along and waved a tanned hand at the trees alongside the road. “Jungle covered the old city completely. I suspect Tony knew it was there all along. Had to prove myself to him before he helped me accidentally find it.” He chuckled, and Elizabeth, sitting in the passenger seat, nodded without looking up from her clipboard.
Cheeks burning, Kit stared out into the trees. Virgin. He should have known Owen meant the jungle. He’d been rambling on about it and the dig site since they’d left the airport in Guatemala City. He’d probably rambled about it on the plane, but Kit hadn’t rated a seat near the professor. Instead he’d been stuck in a middle seat between Mitch and Gator. Which was why he’d chosen to spend the rest of the journey bouncing along with the professor’s supplies. The duffel bags were better company.
He’d paid attention to everything Owen said as they drove through the city, but when they entered the jungle, he lost focus. The sound of the traffic disappeared, and Owen’s monologue faded as the sounds of the jungle called to him. Kit could hear birds taking flight in the canopy, and when he closed his eyes, he could smell the richness of the dirt, the sweetness of fruit and flowers, and even the musky scent from the small animals hiding in the trees. It all felt familiar, though it shouldn’t have.
“Kit, I think you’ll like Tony,” Owen shot over his shoulder. “He’ll enjoy having someone new to show around the place. His jungle, as he calls it.”
“Okay.” He hoped that sounded normal. The professor’s comment couldn’t mean anything. He’d been introduced to a few guys he was supposed to “like” during his first year of college, and it had taken him a while to catch on. Just because he hadn’t–with a girl. Or even a guy. Damn it, why couldn’t anything about him ever be normal?
Posted by Marie Dees at 12:17 PM 3 comments:

Can a novel be written in a week?

I have no idea - but I'm trying next week. Come on over to the blog to place your (virtual, moneyless) bet. the winner gets full bragging rights about knowing me the best :)

How about a free read to sex up your Valentine's Day?

With all the snow, the muse and I have been suck inside, and we've made the most of it. I finished up one manuscript, and while I was waiting for my crit partner to get it back to me, I wrote a sexy Valentine's FREE read. :)

Seducing Jason is about a woman who has decided tonight is the night she's going to seduce her brother's best friend. She can't deny her heart any longer...

Wanna read this juicy short? Come on...you know you want to (even if it's not a paranormal tale, LOL). Click HERE and download it free from Smashwords.

Brandi Evans is a stay-at-home mom with a serious addiction—the compulsive need to tell sexy stories to whomever will listen! To learn more about her, visit her website at www.brandievansauthor.com.
Posted by Brandi Evans at 8:51 PM 1 comment:

Keta Diablo is my first guest on Saturday Shifters. Stop by Mariposa's Musings and leave a comment for an opportunity to win a copy of Where the Rain is Made.
Posted by Mariposa Cruz at 10:03 AM No comments: 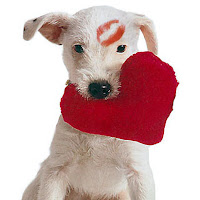 The Long and Short Reviews is throwing a Valentine's Day celebration this weekend! I'm jumping in on Sunday, so look for me then, both at the LASR site and the Goddess Fish Party Pavilion. Gotta love a party! Especially one with great prizes. For the grand prize, the winner will have her choice of a WiFi Nook, a WiFi Kindle or a $150 GC to either Amazon or Barnes and Noble. Other prizes include at least four $25 Amazon or Barnes & Noble gift cards, randomly awarded to a commenter. And if participation numbers are up, LASR will add more $5 and $10 gift cards to the mix. So make sure you leave plenty of comments, and spread the word!

Hope to see you Sunday! Have a wonderful Valentine's Day! 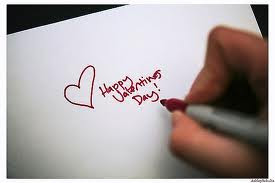 Posted by Cate Masters at 9:53 AM No comments:

Some not only make a terrible mess while eating, they dont even lick each other off. Can't wait until Barbara Elsborg's vamps hit the big screen. Those yummy hunks and gals have some proper manners.
Posted by Arlene at 8:42 AM 4 comments:

I put up my hand - I love vampire books, I love vampire movies - well some of them, but I really don't like it when they don't eat nicely. How come they have to get blood EVERYWHERE! Did no one teach them to eat with any finesse? I do get that they are rather - er - passionate once the blood lust is up but they make such a mess. An odd dribble or two is fine - I can cope with that- but there's so much red stuff it turns me right off.
Mind you - I did once throw up when I watching WWF because there was blood involved so maybe its just me!! I'm not phobic about blood - I have to have mine tested every couple of weeks and I'm quite happy to watch the plebotomist - but making a mess while you're eating? No thanks.

My vampires are tidy eaters!!

www.barbaraelsborg.blogspot.com
Posted by Barbara Elsborg at 3:42 AM 4 comments:

It's been a while since I posted, but life sometimes gets in the way of art!  But I finally have a new paranormal release today! 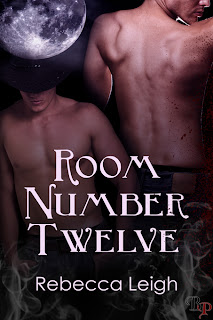 ROOM NUMBER TWELVE is a story about two vampires who like to role play and the encounter they have together as cowboys in a bar on Sixth Street in Austin, Texas.  If you've never been to Sixth Street, its a bit like Bourbon Street in New Orleans, but Texas style.  The bar in this tale, with rooms upstairs for the patrons to use in living their fantasies doesn't really exist (as far as I know *wink*), but Donovan and Rod have fun there nevertheless!
Here's the official blurb:
Donovan and Rod are two vampires who like to role-play.  Friday night is cowboy night, and the two meet as strangers at the Warehouse on Sixth Street.  In familiar room number twelve, their erotic encounter includes the mutual exchange of blood and ends with a promise of more to come.
ROOM NUMBER TWELVE is available from Breathless Press!
To learn more about my stories, visit my website!
Posted by Rebecca Leigh at 11:13 AM 3 comments:

Because good news is always better shared! My SF military thriller novel has been accepted by MuseItUp Publishing for a Jan 2012 publication date. This will be my first full length novel and I'm over the moon!
Posted by Krista D. Ball at 1:21 AM 4 comments: