Ten days of freedom. That’s all Fate had allotted me each year. In the streets of Venice, I could walk among them. Mingle. Belong.


During Carnevale, they had no idea who I was. What I was.


For ten days, it didn’t matter.


Until I met her.


Bruno diCesare lives alone by necessity, not choice. An experiment performed by Leonardo da Vinci, who believed having a dual DNA would grant a person immortality, used magic to render Bruno a chimera – the head of a lion, body of a dragon. The only time he can mingle with people is during Carnevale, ten glorious days of masked anonymity, frivolity and intimacy.


Melina Weaver learned fire dancing to enliven her dull existence. A scientist, her long hours at the lab leave no time for a social life. For ten days at Carnevale, she can pretend to be someone else. Someone sexy and daring, who lives on the edge.


Once she meets Bruno, her wish comes true, but everything goes terribly wrong. Beneath Bruno’s costume lurks an alpha male, but is he dangerous? Worse, can she return to an employer who sells her research to the military to make an army of efficient killers? Her only hope may lie with the man she’s just met and never seen.


Light danced in his dark eyes. “I must admit, your fire dancing fascinated me. What made you choose such a dangerous skill to master?”


“The thrill of the challenge, I suppose.” It balanced the rest of her mundane life, to a degree. Mastering each new level gave her a sense of achievement, where work couldn’t.


Something flashed through his dark eyes. “Mistakes must be very painful.”


“I practiced a long time before I worked up the nerve to actually light the wands. I found the fire great incentive to focus, however.” God, her grin must be goofy, the way he stared. Such gorgeous eyes, such a deep brown they almost appeared black. He probably had rugged features, if his large hands provided any indication. Too bad he wore gloves, another barrier between them.


“What about you? What other magic do you know?” Oh please, can you get any more ridiculous? It sounded like a line from a bad chick flick.


The crinkle around his eyes was the only evidence of his smile, but enough to charm her.


“Lifetimes of studying the dark arts have provided me with many tricks.”


He stiffened in her arms. “Pardon?”


She watched him carefully. “You said ‘lifetimes’. Plural.” And what the hell did he mean by ‘dark arts’?


Rigidity masked the grace of his movements. “I’m sure you’re mistaken.” He stared over her head as they whirled to the song’s rhythm.


Mistaken my ass. How very strange. More strange that the question upset him. He’d clammed up, and his muscles were so tense, she expected him to bolt. Better to drop it. For now. “Must have been a slip of the tongue.”


“Yes.” Relief sounded in his tone, though guarded.


This man had something to hide. How intriguing.

Happy National Library Week! To celebrate, I'm making my short fantasy, The Duende and the Muse, available for free from Smashwords. Just enter the coupon code LW85J at checkout. Hurry - it expires April 19!

Posted by Cate Masters at 10:51 AM No comments:

Email ThisBlogThis!Share to TwitterShare to FacebookShare to Pinterest
Labels: freebie, short fantasy romance, The Duende and the Muse 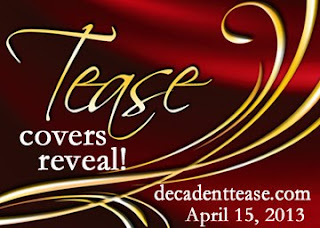 Decadent Tease is unveiling all the fabulous covers for their new line! Come over and check them out! (As of this posting, the links from the main page weren't working, but my reveal page link is http://decadenttease.com/1-cursed-cover-reveal/

Besides the covers, you can enter to win all sorts of goodies! Each author is hosting a giveaway. Come over and join the party!
Posted by Cate Masters at 9:41 AM No comments:

Our regular columns include: Tarot in Fiction with Alayna Williams, Auntie Ann's Homespun Advice with Ann Gimpel, Vampires in Fiction with Roxanne Rhoads, The Law of Attraction with Carole Remy, and La Mamma Verde green living advice with Wenona Napolitano.

The April issue also contains: poetry, book excerpts, book reviews, and spotlights on: Undercover by Maria Hammarblad, Who Is Candid by Carole Remy, Ruby by Jeffe Kennedy, and Hidden Depths by Aubrianna Hunter.

The Naughty Nook features “spice up your love life advice” from Roxanne Rhoads and excerpts from steamy reads.

Posted by Roxanne Rhoads at 4:32 PM No comments:


Decadent Publishing's new Tease line launches April 24! Watch www.decadenttease.com for a schedule of fun events!
Posted by Cate Masters at 2:30 AM No comments:

Please spread the word so everyone can get their free copy 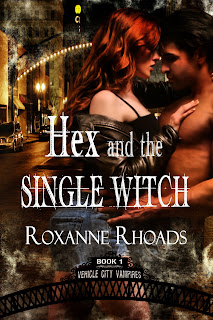 Posted by Roxanne Rhoads at 2:30 AM No comments: