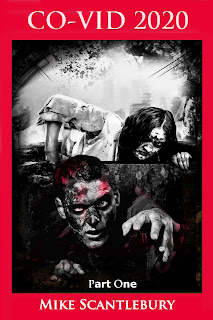 Tagline:  “It’s the biggest buried treasure in North West England. Who wants it?”

Melia is facing yet another change of boss. Somehow the government doesn't seem happy unless they're shaking up British Security Services and making the agents uncomfortable and insecure. Captain Gibson isn't around. Some say he has been sent for 're-education'. Meanwhile, a jumped-up little idiot from London has been sent up north to Salford to show the natives how to do stuff. So far, according to all reports, he has been a miserable failure.

Meanwhile, an older woman from Melia's past, Jan Branch, re-appears after many years away. Jan's mother has died and she is there to clear her old house and tidy up loose ends.

Unfortunately, she is not the same person she was when she left town. Where she lives now, in the East Indies, they call her the 'Gun-running Granny', for that is her new profession. She hadn't planned on staying long back in England, but two things delay her departure. One, there is an Arms Fair in the city and she sees an opportunity to do some deals and make some money. Second, she hears that a successful property developer, Jimmy Batter, has amassed a fortune which he intends to divide amongst his ungrateful family. Unluckily for them, the 'Treasure' is hidden, and although various relatives are falling over themselves to find the money, Jan thinks she has a much better chance than most. After all, she used to be a film-maker, and captured Old Jim on video, back in the day. Those films, made by the group known as 'Co-operative Videographers', maybe provide all the clues necessary to unearth the fortune.

Melia might care, but she has other things to do. After the trauma of the last few months, a holiday in Spain led to a liaison with a young man who wants to save an unfairly imprisoned journalist. Melia is eager to help, and for one reason only - she is in love. She doesn't want anyone to know, but John Lewis has stolen her heart. She would do anything for him, and before long, we find out exactly what that is.

Jan Branch stared at this greasy little man. Him? Him? Surely he wasn't capable of murder! Bim Turkay?

"Me," Bim said, just so there was no misunderstanding. "I was offered the job, and I took it. I was handed a pre-prepared file, photos and everything. I am now an assassin. It fits in well. I’m here in Manchester for the Arms Fair, so it’s like killing two birds with one stone."

Jan Branch was dumbfounded. She liked Melia. She couldn't imagine anyone would want her dead. And yet this little weasel had promised to do it –

Then Bim Turkay said something even stranger, confounding her completely.

He said: "I'm sure you're good for ten grand, Jan. You want to chip in to the pot? I'm sure you hate Ms Hartliss as much as the rest of them."

Why? Jan demanded. What on earth would make you think that?

"Well, she did kill your husband."

Jan blanched. That was never proved! she wanted to say.

Of course, she knew nothing for certain. She'd packed her bags and left the country before it happened. She heard - from old neighbours, keeping in touch - that Mark had been accused of murdering someone at the Irwell Arts Centre, down on Salford Quays, opposite the BBC complex. There had been several unexplained deaths, she was told, and Melia had been around at the time, looking into some other mystery.

Completely coincidentally, she had been with him that dark night, up on the roof of the Arts Centre, when he went over the edge and plunged to his death. But, so what - what happened? Was Bim saying he might have been pushed? By Melia?
That sounded completely unbelievable!

Bim went on: "Well, I can't speak for you, of course, but I've been assured that his first wife hates Melia too. Oh, and her God-daughter. They don't have the money to join the Consortium and pay for this job, but they've been told about the plan, and offered their approval, apparently."

Jan couldn't think what to say.

His first wife? She never discussed that bitch!

As for 'hating' Melia - No, she might resent her a little. Melia had been a bit standoffish, over the years. They weren't really 'close friends', but -
Bim had only one more thing to say.

"Look, Jan, I've been honest with you. So, tell me, now you know what my contract is asking me to do, you want to stop me? Do you want to pay me to NOT do it?"
Jan Branch was floundering.

She supposed that if she'd known about this little 'plan' earlier, she might have had a chance to develop some sort of point of view about it, maybe some opinion. But, having it all sprung on her like this - she wasn't really sure what she thought.
The only thing she was certain about was that this latest news only made her despise Bim Turkay more than before.

No, she wouldn't be contributing to the consortium’s fund, purely because of that. She didn't like the man, and wanted distance from him.
But he couldn't let it alone.

"After all," he said, "we both know we've done similar things in the recent past."

She gasped. He was going to bring that up?

Sure, the Arms business was no ice-cream stall. There had been plenty of threats, rivalries and outright promises of retribution. Sometimes Jan Branch had been forced to act before someone acted against her. But she hadn't killed anyone!

Not directly. Not with her own hands.

"When are you planning - " she started.

"Oh, not immediately," Bim assured her. "I have another 'Mission'. Something personal. A private little obsession of my own to take care of."
Jan noticed, for the first time, that he was holding a plastic carrier bag, down by his side. He lifted it now, and let her peek inside.

It was half-full of hand grenades.

Jan Branch nodded, no longer surprised by anything the man said.

Except - that would make it 'three birds', she was thinking. 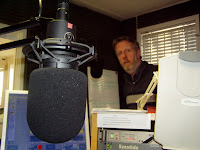 Well, he says he was born in absentia (the small town on the Bay of Biscay), beside the dock of the bay, but moved to England when  young, and not yet able to navigate astutely. His family settled in the West Country of England, near a cross cultural crossroads called Temple Cheney, where his father became a map maker and mushroom farmer.

When the borders were changed in the 1980s, and old maps became outdated and invalid, Mike packed a service record and moved to an apartment in the nearby city of Bristol. This is where he first got involved in folking, flaking and faking. Later, he became disenchanted and moved to the other extreme, the North West of England, where he encountered education.

One of the books he read was by Raymond Chandler. It started him off in an exploration of Private Eye fiction, (which he doesn’t do), Police Procedural and cosy mysteries, (which he can’t write), and romances set in exotic parts of the world like Los Angeles. When Mike met the lost angels of Manchester he decide to set his novels around that area, using their stories as a bedrock. His action adventures have never strayed far from the North West of England, but then, what happens there today, happens elsewhere tomorrow, as they have always said.

Grab a Free Copy of Co-Vid 2020 at BookFunnel 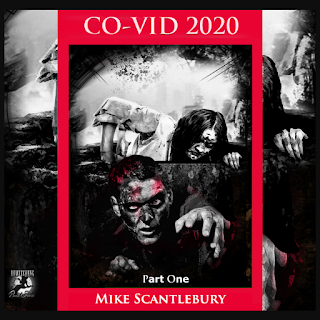