...in no particular order because I love them all.

One of the best sequels ever made (and even better than Frankenstein, in my opinion), owed to Elsa Lanchester's brilliant performance in the title role and James Whale's masterful direction.

One of the first slasher films, this creepy tale set in a sorority house influenced many similar movies to follow.

Truly one of the best ghost stories made for the screen, this film is a horror masterpiece.

This Canadian slasher flick features one the scariest ice skating sequences ever.

This was the first horror film I saw as a child and it's impact on me has been lifelong. Amy Irving's final moment of revenge makes this great movie well worth the watch.

My all-time favorite horror film and not because the first time I saw it I was 13 and babysitting on Halloween. John Carpenter's classic has the perfect ingredients for the making of an iconic film, including the terrifying score.

Invasion of the Body Snatchers(1978)

This edge-of-your-seat horror flick about humans being taken over by alien duplicates is a fun classic, with a super scary final scene.

This movie feels like a thrill ride - and what an awesome ride it is. From menacing toy clowns to corpses in the swimming pool to malevolent trees intent on devouring child, this suburban ghost story will make you never want to watch television again.

One of the best film adaptations of a novel, this iconic film (including that unforgettable shower scene) is still terrifying audiences, all thanks to one of the best horror villains ever created, Norman Bates.

One of the scariest films ever made, this low-budget indie flick set a new standard for horror films and influenced many great films in later years. 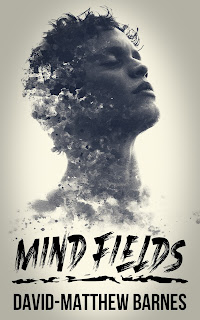 Mind Fields
David-Matthew Barnes
Genre: New Adult, M/M Romance,
Suspense Thriller
Publisher: Blue Dasher Press
Date of Publication: May 18, 2021
ISBN: TBD
ASIN: TBD
Word Count: 48,500
Cover Artist: Darn Good Covers
Book Description:
Sometimes love can blow you away.
When struggling college student Adam Parsh accepts a tutoring position, he is lured into the unknown world of a wealthy family.
Fighting off the sexual advances of Dario Vassalo, a Greek tycoon and patriarch, Adam finds himself the object of the dangerous desires of one of the most powerful men in the world—his married employer.Torn between his attraction to Dario and his deepening love for his best friend, Victor Maldonado, Adam is forced to choose between right and wrong.
Surrounded by lust, glamour, and greed, Adam uncovers dark secrets strong enough to destroy many lives, including his own.

Although the schedule at the Ravenswood Metra station said the commute was only 54 minutes, the ride felt much longer. Adam was seated with a window view, heading north on the Union Pacific line towards Great Lakes, to the wealthy shore side suburb of Lake Bluff, a place he’d only read about and heard others mention.

It was early but Adam had made a point of buying a large cup of coffee at 7-Eleven before jumping on the commuter train. The coffee warmed a chill inside of him he hadn’t been able to shake since waking up.

While Stacey was still passed out, Adam had stumbled around the tiny apartment, half asleep and full of lingering concerns. He showered, got dressed, ate a bowl of instant oatmeal, and headed to the train station. He checked his phone more times than usual. No voice mail or text from Victor.

Maybe I should’ve let him stay last night. I could’ve woken up in his arms, next to his warm body. We could’ve made love for hours.

Adam barely took notice of the sights as the train continued on its snow-filled journey to the North Shore. Instead, he sipped his coffee, listened to overly sentimental love songs on his iPod, and tried to imagine what life would be like if he and Victor made a commitment to each other. He knew, more than ever, that’s what he wanted. Being with Victor made sense. Like so many people had said before, they made a great pair.

Questions and fears heightened Adam’s anxiety, racing through his mind at the same speed of the train. Were they too young to be so serious? To be exclusive? What if Victor decided he was bored and restless and wanted to date other people? What if he was tempted and unfaithful? That would leave Adam hurt and damaged beyond repair.

False alarm. It was Stacey. I can’t wear my new shoes today because it’s snowing outside. I hate February. But I love you. Where you be?

He texted back. On a train heading north.

She responded within seconds. I hope you’re not running away from home just because the rent is due.

He smiled and texted back. Job interview. Wish me luck. Otherwise it’s noodles and tap water for us until March.

The train was nearly empty now. A young woman wearing a red knitted scarf and matching cap was sitting a few seats away. A business man in a gray suit was reading a newspaper he’d folded in half. He was balancing a leather briefcase on his lap. His black-framed reading glasses looked as if they’d slip off the tip of his nose at any second.

I wonder what their lives are like. Is she in love with someone she can’t have? Is he unhappy in his marriage? Are they terrified of dying alone someday?

Adam glanced down at the pleated slacks, button-up Oxford, black pea coat, and Italian leather shoes he was wearing. He was dressed like a preppy boarding school student. He felt like an impostor. He’d assumed someone else’s identity in Chicago and was now on his way to fool a rich family into believing he was one of them.

They’ll see right through me.

Adam wondered why Dario Vassalo had extended the invitation to him. Given they’d only spent a few minutes together in Becca’s new office and their conversation had been brief, Adam tried to figure out what it was he’d said or done to inspire the wealthy man to consider him for the tutoring position. Was he replacing someone who’d been fired or quit? Were ulterior motives at work? Was the position created just for Adam as a way for Dario to see him again?

Adam shook his head, silently dismissing his absurd theories. Yet, in the back of his mind, he knew there was a thread of truth to them. He’d felt an instant heat for Dario. It was powerful and intense. He was almost certain the attraction was mutual.

Get that ridiculous idea right out of your head. He’s a married man. You have Victor now. And, you love him. You need the job. If you have to flirt a little to get it and keep it, you’re only doing what needs to be done. You can make this situation work for you until graduation.

Even if the train ride is forever and these stupid shoes are already killing your feet.

Adam finished his coffee. He looked out the window at the passing neighborhoods, wondering what was happening inside the houses and apartments within eye line of the tracks. Was someone brewing coffee, cracking open eggs, pouring pancake batter over a buttered grill? Was a child running late for school, worried they were going to miss the bus? Did someone decide to call in sick for the day, add another log to the fire, and curl back into bed with a good book and a cup of peppermint tea? Maybe a car wouldn’t start. An alarm didn’t go off. A husband didn’t come home.

The train pulled into the quaint, historic Lake Bluff station. Adam said a silent prayer, stood, and exited. Outside, the biting morning air was even colder than it had been in the city. There was a thin mist, floating and mingling with the falling snow flurries like a tentative ghost trying to decide whether or not to make an appearance.

Adam slid both hands into the pocket of his pea coat, cursing himself for not remembering to wear gloves or a scarf. He moved around the crowd of Chicago-bound commuters waiting to board a southbound train and made his way to the front of the train station.

Adam checked his phone and reread the instructions his mother had texted him.

A cab will be waiting for you at the station. Don’t be late.

On the train, Adam worried there’d be too many taxis to figure out which one was for him. He was relieved when there was only one idling at the curb.

There was an older woman standing next to the cab. She was short and squat. She was wearing a purple windbreaker, powder blue polyester slacks, and a pair of blinding white sneakers. The strange ensemble was completed with a white visor she wore low, just above her eyes. Her hair was short and tightly permed. It had an Easter blue tint to it.

She glanced him up and down, cracked a sunflower seed between her front teeth, and spit the shell out on the sidewalk. “You Adam?” she asked. Her voice was nicotine stained and coated with a thick New York accent. At once, she gave off a strong vibe that even though she was short and could’ve been someone’s grandmother, she was tough and shouldn’t be messed with.

Adam was hesitant with his answer. “Yes. That’s me.”

No one is really named Myrtle, are they?

“Myrtle Brubaker,” she said. “You heard of me before?”

Adam couldn’t tell if she was joking. Was she a gangster or a cab driver?

Myrtle Brubaker had been through some hard times. It showed on her face. She looked weathered like someone had left her outside for too long in the snow. Beneath her haggard appearance and red, blotchy cheeks there was just a sliver of the attractive young girl she probably once was. Yet, it was clear Myrtle had never been a debutante. Adam imagined she spent her nights on a bar stool, shooting the breeze, chain-smoking, and killing off a bottle of bourbon. Or two.

“Get in,” she instructed. “You don’t wanna keep the missus waiting. She’s got a busy schedule.”

Adam complied. He slid into the backseat of the cab. It was like sitting in a closed box of sweet-smelling cigars. He rubbed his eyes, coughed a little, and asked, “What does she do?”

Myrtle found his eyes in the rearview mirror. “Who?”

“Doesn’t even do her justice, if you ask me. She’s a knock out. You’d think her husband would pay more attention to her, but whadda I know?”

Adam grinned. “You seem to know a lot, Myrtle.”

“I love three things in this world,” she said.

“Is one of them bourbon?” Adam guessed.

“As a matter of fact it is,” she said. “I love bourbon, a good horse race, and Nancy Sinatra.” 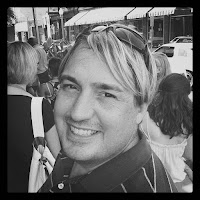 About the Author:
David-Matthew Barnes is an award-winning author, playwright, poet, and screenwriter. He writes in multiple genres, primarily young adult, romance, thriller, and horror. He is the bestselling author of twelve novels, five produced screenplays, three collections of poetry, seven short stories, and more than sixty stage plays. He graduated with honors from Oglethorpe University in Atlanta with a Bachelor of Arts in Communications and English. He earned a Master of Fine Arts in Creative Writing at Queens University of Charlotte in North Carolina. He attended the Professional Program in Screenwriting at UCLA. David-Matthew divides his time between Denver and Los Angeles. He is represented by Hoop Earrings Entertainment.
Website: http://www.dmatthewb.com
Twitter: https://twitter.com/dmatthewbarnes
Facebook: https://www.facebook.com/DMatthewB
Instagram: https://www.instagram.com/dmatthewbarnes/
Amazon: https://www.amazon.com/David-Matthew-Barnes/e/B003YJ87IG 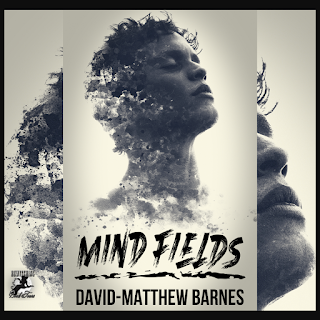 a Rafflecopter giveaway
Posted by Roxanne Rhoads at 1:00 AM