New Covers for the Morgan and Grant Series by Adrienne Wilder 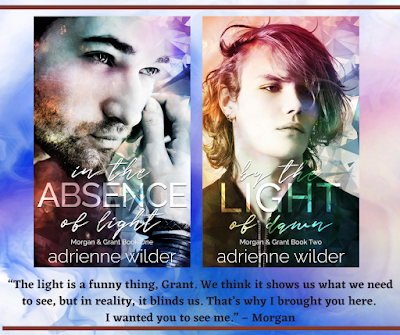 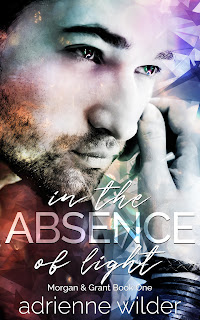 In The Absence Of Light
Adrienne Wilder
For years Grant Kessler has smuggled goods from one end of the world to the next. When business turns in a direction Grant isn’t willing to follow he decides to retire and by all appearances he settles down in a nowhere town called Durstrand. But his real plan is to wait a few years and let the FBI lose interest, then move on to the distant coastal life he’s always dreamed of.
Severely autistic, Morgan cannot look people in the eye, tell left from right, and has uncontrolled tics. Yet he’s beaten every obstacle life has thrown his way. And when Grant Kessler moves into town Morgan isn’t a bit shy in letting the man know how much he wants him.
While the attraction is mutual, Grant pushes Morgan away. Like the rest of the world he can’t see past Morgan’s odd behaviors
Then Morgan shows Grant how light lets you see but it also leaves you blind. And once Grant opens his eyes, he loses his heart to the beautiful enigma of a man who changes the course of his life.
https://amzn.to/3m1O52B 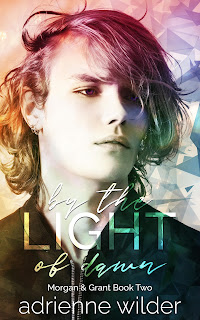 By The Light of Dawn
Morgan and Grant Sequel
Adrienne Wilder
This is a follow up to the novel In the Absence of Light. You must read the first book to fully understand/enjoy this one.
A handmade sailboat helped bring Morgan back to Grant but he never imagined they would put it in the water.
Then Morgan sees something in the light that sets Grant on a mission to get them to the middle of the ocean. An unknown destination they have to be when the sun rises.
It’s important enough that Morgan is willing to leave Durstrand. Important enough that he’ll face the challenges of his autism.
So important, it could even be a matter of life and death.
By the Light of Dawn happens at the same time The Darkest Hour (Jeff’s story) takes place and contains mild spoilers as well as teasers. The plot points revealed in By the Light of Dawn are the same ones that were revealed at the end of In the Absence of Light.
https://amzn.to/33Yu72Q
#CoverReReveal #MMRomance #MM #romance #AbsenceOfLight #NewCovers #CoverReveals