- If you were not a writer what would you be doing ?

For my day job, I’m the director of marketing and communications for a community college in the Denver area. I enjoy it because no two days are ever the same. Writing is a big part of what I do, which I appreciate. When I was a lot younger and read every Nancy Drew book in the series, I secretly dreamed of becoming a private detective.

Either Crimes Against My Nature or They Don’t Speak My Language Here.

Finding enough time in the day to get the writing in is always my greatest challenge.

I love hearing from readers who have connected in some way with a story I’ve written. Each time someone reaches out to me to share their thoughts on my work, I enjoy the interaction immensely.

I was very star struck when I met Joyce Carol Oates. I was very fortunate to have lunch with her at a writing conference in New York. It was a moment I will never forget.

When I was 8, I read Daisy Fay and the Miracle Man by Fannie Flagg. I knew by the end of the first chapter I wanted to be a writer.

I’m really excited to read The Lost Girls of Paris by Pam Jenoff. I also recently discovered the books of Marjorie Carleton. She wrote crime fiction novels in the 1940’s and 1950’s, including Cry Wolf, which was adapted into a terrific film starring Barbara Stanwyck.

- Which do you prefer ebooks, print, or audio books?

Because I love film noir so much, I’d probably pick anything written by James M. Cain, who wrote The Postman Always Rings Twice and Double Indemnity, among many others. And because I love Gothic romance so much, Northanger Abbey by Jane Austen would be a very close second. 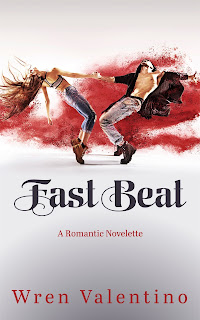 After her long-time dance partner Tony is injured, Cassidy Downs has only a matter of weeks to find a new partner to remain eligible to compete in the All City Dance Off.

When she discovers Giovanni, a talented and classically trained member of a dance conservatory, Cassidy convinces him to become her new partner despite his reluctance to do so.

As the competition nears, neither Cassidy nor Giovanni can deny the strong attraction building between them.

An Excerpt from Fast Beat by Wren Valentino

The buzzing vibration of a text message came in right at the end of the lunch rush. Cassidy Downs reached into the apron’s front pocket and picked up her phone. She glanced down, saw the words, and stopped in her tracks.
Come quickly. Tony is hurt.
Ducking out of view of the slow-eating customers, Cassidy sought refuge in the claustrophobic break room, which comprised nothing more than a rickety table, two beaten-up chairs, and a dead clock on the wall that hadn’t done its job in over a year.
Too nervous to sit, Cassidy paced while waiting for Natasha to answer her phone. Tension filled every muscle as she moved.
Finally.
“Hello?”
Cassidy froze. “Tasha? What happened? Is he okay?”
“No,” she said. “No, he’s not. It’s bad.” From the wavering tone in Natasha’s voice, Cassidy knew the situation was serious.
Her grip tightened around the phone. “Tell me.” Her breath felt like it was caught in her lungs. She closed her eyes, imagining the worst but hoping for the best.
“You’re not going to believe this, but he got jumped.”
Cassidy opened her eyes. “What? By who?”
“Who do you think? It was the Firemakers.”
“Are you sure?”
“Cassidy, he had over two hundred bucks in cash on him. They didn’t touch the money. Went straight for his knee. They wanted to make sure he’d never dance again. And he won’t. Tony didn’t deserve this. We both know he’s a good guy.”
“He’s my best friend,” Cassidy said. An emotional strand broke and crept into her throat. Tears threatened to spill. Not one to show her feelings, she stopped herself from crying. “And the best dance partner I’ve ever had. What am I gonna do? The competition is in two weeks.”
“You need to be in the room when he wakes up,” Natasha said. “We’re at County. How fast can you get here?”
Cassidy let out a lengthy breath. A sickening sensation churned her insides as shock set in. How could this happen? “I’ll ask April to cover the rest of my shift,” she explained. “She still owes me from Christmas Eve.”
“Time to collect,” said Natasha. “And probably time to find a new partner.”
Cassidy shook her head. “I can’t. That’s impossible.”
A detectable sigh was heard before Natasha spoke. “Is it?”
As if entering on cue, April suddenly appeared in the doorway of the break room. Short and blonde, she was a physical contrast to Cassidy who towered over most people, including many of the guys they both knew from the neighborhood.
“I gotta go,” Cassidy said to Natasha before ending the call. She turned to her co-worker and friend. “April, I have a huge favor to ask.”
“I already know,” April responded. “Just go, Cassidy. I got this covered.”
“You sure?”
April nodded. “What are friends for?”
“Thank you.”
“Do me a favor, will you? Text me from the hospital and let me know how he’s doing. It might sound crazy, but I’ve had a little crush on Tony since the eighth grade. Not that he ever gave me the time of day.” 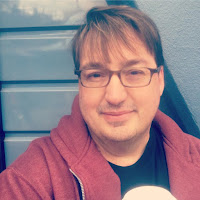 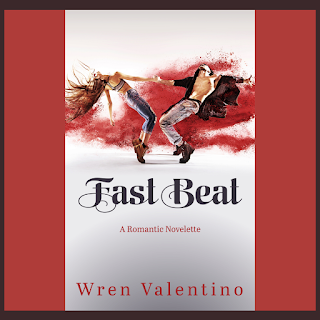