What is your “day” job if you are not a full time author?
I’m only a full time writer because my husband and I are now retired, but if you’ve read my author bio, you would know that I’ve had many professions over the years. So, I feel I deserve to do the job I have always wanted to do … And that’s writing. But of course, “A woman’s work is never done,” so I’m still running a household and all that goes with it, although recently I’ve trained my husband to take the load off of my shoulders while I write, and he bizarrely enjoys it!
If you wrote a book about your life what would the title be?
I’d do it all again in my next life too!
What is the hardest thing about being an author?
Sitting down for hours at a time, but I love everything else about being an author.
What is the best thing about being an author?
Putting words together down on paper, that have never been combined in the same way before.
What book changed your life?
There are two books that equally changed my life. And I’m sure that I am the first person/woman ever to say Bram Stoker’s ‘Dracula’ and Tolkien’s, ‘Lord of the Rings,’
… but I can’t choose between them. I was about 15 years of age when I bought
both with my pocket money, and kept them hidden just in case my parents or brother saw them. Two very weird books for a young girl to read, but seemed so
much more exciting than Shakespeare which I was studying at the convent school I attended.
Even though Dracula scared the bejeebies out of me, I was enthralled by the storyline and dreamt of writing my own equally scary novel one day.
Lord of the Rings took me many months to finish, but it was my go-to book when I
needed mentally to forget school for a while.
My love for horror grew, and I progressed onto Stephen Kings ‘Carrie’ in 1974, and have collected his books ever since, along with James Herbert’s and Shirley Jackson’s. But I do like the odd crime thriller nowadays too.
What books are currently in your to be read pile?
The Sultan, the Vampire and the Soothsayer by Lucille Turner, who writes mainly historical fiction. Her last book, award winning Gianconda, about the life of Leonardo Da Vinci’s life, is still a firm favorite of mine.
Stephen King’s 2021 two novels (Of course!) ‘Billy Summers’ and ‘Later’ are already on my shelves.
Which do you prefer ebooks, print, or audio books?
As an older writer, ebooks and audio are still new innovations to me, and although they are hugely popular amongst the younger generations—rightly so—I will always gravitate towards print. There’s nothing quite like holding a paperback and thumbing through the pages to have a peek. I love purchasing old books too, as I can almost feel the countless eyes that have read the pages within; these books also seem to hold on … to the very essence of their readers. 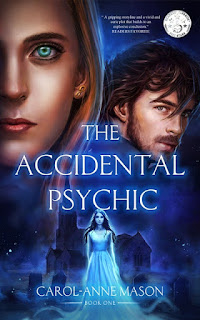 The Accidental Psychic
Annie Prior Series
Book One
Carol-Anne Mason
Genre: Paranormal Murder Mystery
Date of Publication: 20th August 2021
ISBN: 978-1-8384305-0-4
Number of pages: 424
Word Count: 89,560
Cover Artist: Miblart
Book Description:
A horrific train crash turns Annie Prior’s life upside down, by triggering an extraordinary psychic ability that had lain dormant since her childhood.
After being rescued in more ways than one by a dark haired stranger from the train, two fatalities from the accident return to haunt her; and as Annie’s new Clairvoyant and Mediumship abilities grow, she is immersed into a realm of both needy and malevolent souls.
Despite an ongoing battle with her narcissistic family, and a boss with a dark past which continues to plague her, she comes to realise her strange new powers are also there for reasons beyond the present.
She embarks on a life journey helping both the living and the spirit world to gain closure.
But, not all are happy with Annie’s new vocation.
https://carolmasonauthor.com

A cold morning in early spring 2017

Unbeknownst to Annie, a mundane commute to London on a train — will change her life forever. A fatigue crack in one of the front wheels of the train’s control car had started to open up, and further up the frozen track, a set of points were waiting for the fail...

The previous babble of voices had now risen to a headache-inducing hullabaloo, prompting Annie to put her earphones in to listen to her favourite track ‘Human,’ from the new Rag’n’Bone Man album. She closed her eyes to concentrate on the haunting words.

Suddenly, the train shuddered, then jerked violently. Annie sat bolt upright and yanked her earphones out. The carriage had fallen silent, everyone froze; all eyes widened just before fear kicked in. Then, an unprecedented sound as loud as an overhead thunderclap exploded through the carriage. The screeching of brakes set the students screaming and running for the exits, tumbling over each other like waves. Some commuters stood still, straddling the aisles, and holding onto anything that was bolted down.

Annie could only watch in terror and disbelief; none of it seemed real.

Then, the impact came. A jolt so violent it sent bodies crunching onto the floor of the carriage. Annie was forced backwards with a massive thud into her seat, knocking the wind out of her. If she had she been facing forwards, she would have been horribly smashed.

The screaming in the carriage had become unbearably loud, with commuters slamming into solid objects. The train rocked on its tracks and tilted violently over to her side; and just—kept— tilting.

Annie grabbed a pole on the aisle side of the seat and instinctively lifted her legs from the footwell below the table, tucking them under her. There was a combined screeching and scraping, whilst brakes and metal sparked and twisted, before the train succumbed to gravity. 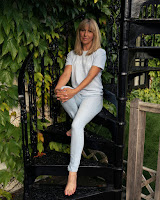 About the Author:
Carol-Anne Mason is an artist, writer and at the age of 64, author of the new award winning novel The Accidental Psychic.
She has lead a busy and full life with many professions under her belt including: dancing, writing songs and performing. Hair salons, tutoring at college, running a night club and antique shop. Although, has continued throughout the years with her painting and writing.
Her strong belief in spiritualism has grown since her early teens, after realising her premonitions and intuitiveness was a family trait going back many generations. And after immersing herself into the paranormal world and researching all aspects of spiritualism, she felt herself well equipped to write on the subject. Also her love for reading horror stories from the likes of Stephen King and James Herbert has also influenced her writing.
Carol-Anne works from her home in the rural Hampshire countryside of The New Forest UK. Where she lives with her eccentric husband and Maltese terriers, and spends much of her time with her two grown children and new grandson. Also, res- cuing any animal in need—large or small—often to the annoyance of her patient husband.
Website: https://carolmasonauthor.com
Twitter: https://twitter.com/CarolAnneMason3
Facebook: https://www.facebook.com/camasonauthor
Instagram: https://www.instagram.com/carolannemasonauthor/
LinkedIn: https://www.linkedin.com/in/carol-anne-mason-71216b131/ 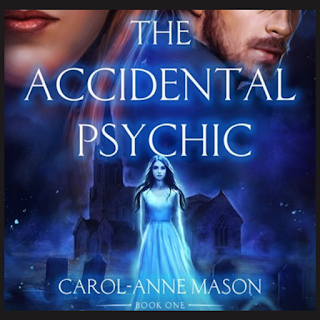