I love holidays. I love tradition. I especially love it when you can combine the two at Christmas time. I love piling memory upon memory until the years are nothing but a sweet blur of happy occasions spent with the people you love best in the world.

Every year I attend the candlelight tour of Rockingham, the Kingston NJ (formerly Rocky Hill NJ) house where George Washington bade farewell to his troops after the Revolutionary War ended. The docents are all in period costume. A woman in a mobcap plays the harpsichord near the front room. Upstairs you can actually touch the uniform worn by Washington’s aide de camp. If you close your eyes, I swear you can hear the General’s voice ringing out over the bucolic New Jersey countryside, peaceful now after years of bloody warfare.

The kitchen isn’t part of the main house. It’s a small building off to the side near the smokehouse. The rear wall is all hearth. Guides in long dresses and white aprons hand you mugs of hot cider and offer spicy cookies piled high on earthenware plates. Outside the air is crisp and December cold, but inside the air is warm from the fire and filled with the delicious smells of nutmeg and cinnamon and candle wax.

The following Revolutionary War-era recipe has been adapted for our modern kitchens. 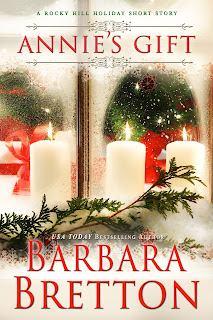 Everyone knows Christmas is a time for family but not for Harry Barnes. If he had his way, he would close his eyes and not open them again until January second when all the fuss was over. Once upon a time he had loved the season but that was a long time ago. His wife Annie and daughter Erin are gone and he hasn’t spoken to his only son, Sam, in years.

The Christmas candlesticks he’d lovingly carved for Annie and their children are buried in the attic under a thick layer of dust along with memories that could break a man’s heart . . . if he still had one left to break.

After years of living on military bases all around the world, Sam Barnes has moved his family back home for keeps but they might as well still be in Japan or England or Timbuktu for all the difference it makes. His father’s heart is still closed to the idea of family and there is nothing Sam can do to change it. Not even if the only thing his twelve-year-old daughter Riley wants for Christmas is the grandfather she has never met.

But then on a snowy Christmas Eve in Rocky Hill, Harry and Sam are visited by a determined mother and daughter who have just a few earth hours to bring their family together or lose them forever.

He heard a sound like autumn leaves crackling underfoot, and then felt a soft rush of cinnamon-scented air as a small form appeared then disappeared right in front of his eyes.
He watched, paralyzed with fear and hope, as she took form one more time, looking less like a hologram and more like a flesh and blood woman. The woman he had loved since he was sixteen years old.
“Annie!” Her name tore from his throat and spilled into the space between them. This was his Annie, before sorrow and sickness had taken their toll.
Bubbles of laughter danced in the air around her. "I did it! How about that, Harry? I did it!"
He reached for her hand but it was like grasping cotton candy. His brain was a bowl of overcooked oatmeal. “I don’t know what’s going on.”
The room began to spin. He could feel himself starting to go under and he put his head between his knees.
“Low blood sugar,” she said, shaking her head. “I don’t miss that at all.”
“It’s not low blood sugar,” he managed, gulping in some air. “I’m talking to a ghost.”
“If you want to put it that way, I guess you are.”
What other way was there to put it? He had buried his beloved wife six months ago and now here she was in their living room acting like nothing had happened.
He took another huge gulp of air then lifted his head.
“I’m still here,” she said, her tone softening. “You can trust your senses.”
“Why?” he asked, his disbelief beginning to show cracks. “How?”
She spread her arms wide. “Look at this place! You’d never know it was Christmas Eve.”
“It doesn’t feel like Christmas Eve.”
“It would if you put some effort into it. Put up a tree. String some lights.” She aimed a sharp look in his direction. “Place the candles in the window where they belong.”
“No.”
Her brows darted into a scowl. “Did you forget your promise?”
“That promise was made a long time ago. Things change.”
“Family doesn’t.”
“I don’t have a family anymore. When I lost you, I lost everything.”
She reached out and for a second he imagined he felt the touch of her hand. But that was crazy, wasn’t it? She was no more real than Santa Claus or Easter Bunny.
“I’m here because I love you,” she said. “And because you need me tonight.”
Tears threatened to overwhelm him. He wanted to believe.
“I need you every night, Annie. That’s never changed.”
“But tonight is the night you asked for me.”
One moment he was standing there next to the refrigerator with a carton of brown eggs in his hand.
The next moment the eggs were on the floor in a yellow and white mess and his Annie was in his arms.
He had lived long enough to know that second chances didn’t happen often in life.
This time he wasn’t going to let her go. 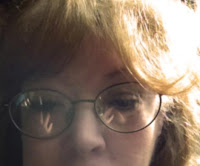 Barbara Bretton is the award-winning, USA Today bestselling author of fifty books. Her titles have been published in twelve languages in over twenty countries by Harlequin, Berkley, Crown, Pocket, and Free Spirit Press. When Barbara isn’t writing, she can be found knitting, reading, and cooking in New Jersey with her husband and a house filled with pets. 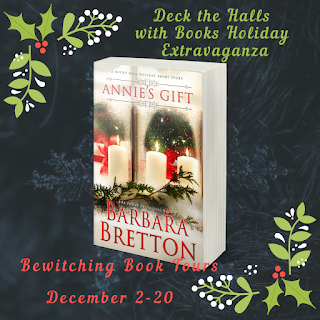 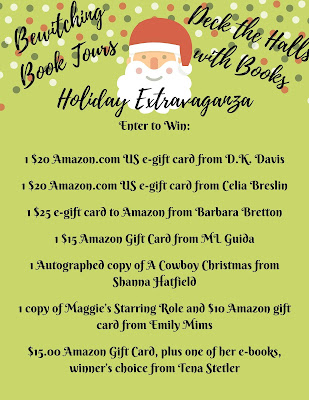