1. Women of the Otherworld by Kelley Armstrong. This was the series which started my love for urban fantasy. I read the first book when I was 16 or 17 and have bought every book since.

2. Mercy Thompson by Patricia Briggs. I haven’t completed the series yet, but I love Mercy, she is a great character.

3. Shifters by Rachel Vincent. I am a big fan of shifters and really enjoyed this series.

4. Weather Warden by Rachel Caine. The main character can control the weather, such a cool power to have, plus I love stories with djinn in them.

5. Caster Chronicles by Kami Garcia and Margaret Stohl. I actually watched the movie first which I enjoyed but the books are so much better.

6. The Mediator series by Meg Cabot.  I love Meg Cabot’s books, she is always so witty and she writes such a wide range of stories.

7. Harry Potter by JK Rowling – that counts right? Huge fan of the books and the films. I am definitely a Gryffindor.

8. The Morganville Vampires by Rachel Caine. Very enjoyable and I love this authors writing style.

10. Midnight Texas by Charlaine Harris. Loved the series and loving the books. 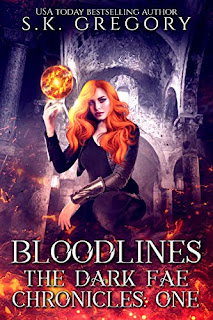 Tagline: When the Fae take over the world, only one girl can bring them down.

When the Fae take over the world, only one girl can bring them down.

Nova and her mother take a trip to England, where Nova accidentally awakens an ancient Fae Queen. Now a prisoner to her ‘Uncle’ Phillip, Nova discovers the truth about herself – she is Fae too.

The Fae Queen unleashes her creatres on the world, seeking revenge on the humans and her brother, who imprisoned her. She will bring them to their knees, no matter the cost.

Nova escapes from her prison and finds that the world is no longer recognizable. Humans are struggling to survive, driven underground, they scavenge food where they can. Nova stumbles across some of the survivors who take her in, not knowing what she is. It’s time for Nova to make a choice. Side with the humans who raised her, or her true family – the Fae. As the only one who can overthrow the Queen, Nova may be the last hope of humankind.
Which side will she choose?

Asteria was asleep and dreaming of the war when the first drop of blood touched the Earth. Her eyes opened for the first time in a millennia, as she felt the vibrations through the soil.
Oberon’s blood. It has been shed.
Her kin started to awaken too. They lay below her, her subjects, the ones who followed her in her bid to become Queen. Even Oberon’s loyal followers were entombed with her. He showed them no loyalty to them, choosing instead to seal them all away until only he remained.
Selfish of you, brother, Asteria thought. She remembered that day on the battlefield, when she lay waste to all around her, smiting and cursing the humans because he preferred them to his own kind.
She was majestic, riding forth on her winged horse, her red hair, the color of blood, flowing behind her as she rode. She was well named. She held the power of the sun within her and was determined to scorch the Earth, rid the world of the human vermin and make it fit for the Fae once more.
She should have succeeded, but Oberon fought dirty. He knew he could never defeat her head on, so he used blood magic to open a sinkhole in the Earth. One by one, her brethren were sucked inside.
As she stared her brother in the eyes, she asked him – why? She didn’t expect to see pain in them, but it was there all the same.
She fought hard but the magic was too strong. She was sucked down into the ground, her body trapped by the layers of dirt. But Fae cannot be killed by being buried alive, no, they remained conscious, forever subdued, while the world above them carried on.
But Asteria could still dream and she dreamed of the day she would escape and finish what she started. While she did not share her brother’s ability to see the future, she was able to see glimpses of the world above her. The humans grew in number at an alarming rate. They laid waste to the Earth, murdering each other over petty squabbles. At times she wondered if they would do her job for her, but no, they continued to flourish and breed.
Oberon decided to mark the spot where they fell, placing huge stones above them, as grave markers. The stupid humans would flock to the site to marvel at the structure.
If only they knew what lay beneath their feet.
She wanted to reach out and grab them, to strip their flesh from their bones and swallow it whole.
Today was one of the days they congregated here – the Solstice. Surprising that the fickle creatures remembered such sacred days. The Solstice was a rare time when she could feel the sun’s energy replenishing her.
She longed to bask in its glow. It was so cold down here, so dark. That was when she felt it. Some primal part of her reaching out to something familiar in the world above. What was that?
For a moment, a brief moment, she was connected to it. Oberon? He has returned. The connection broke as quickly as it came.
Oberon never came here. Even with her ability to reach out into the world, she never once felt him. Saw him. Perhaps he changed his mind? Could he have decided that she was right all along?
Then the blood dropped. Fresh, warm, it struck the dirt like the first drop of rain after a long drought.
He is here. He is releasing us. No doubt he had seen what this world had become and decided to join her against the humans.
All around her, the others were reacting to the blood too, eager to be free.
Patience, my pets, she thought. It would take time for the blood to reach them, but when that first drop touched her, this Earth would face a reckoning. There would be no more mistakes, no more truces with the humans. They would be wiped out quickly, without warning. Most would be consumed and the rest? Well, she’d had plenty of time to think of suitable ways to torture them. This world would be hers. If Oberon wanted to join her, so be it. She could work with her brother despite all that he had done. They could slay the humans together, help restore the Earth to the way it once was, so it could heal and the magic could flow freely once more.
And when it’s over, I’ll cut off his head and place him in a tomb of his own. Somewhere dark, cold, where he will be completely alone. When a Fae dies naturally, they enter the Summerlands, but she would ensure he never reached it. He didn’t deserve peace. She would trap his essence in a body that could not be used, for all eternity.
The blood began to work its way down towards her.
Come. Yes, free us, brother. It will be the last thing you do. 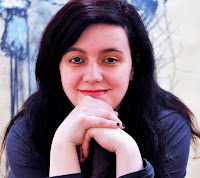 S. K. Gregory is the author of several urban fantasy, paranormal romance and young adult novels. She runs a blog that supports indie authors by offering book reviews and promotions.

She is an editor and proofreader with JEA Press. With a background in journalism and film making, she recently worked on an arts based radio show called Lisburn Reads, with a focus on local writers. 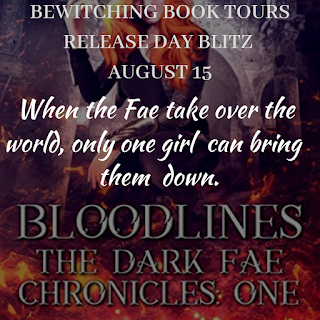 a Rafflecopter giveaway
Posted by Roxanne Rhoads at 10:44 AM

Thank you for including my book