When A Taker Dreams by J. A. Jackson #romance 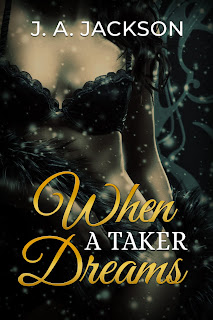 When A Taker Dreams
J. A. Jackson

Publisher: A Geek An Angel Publishing

Tagline:   Lust is a powerful emotion!

Sometimes life is not that simple. Love can be complicated. Cierra Cantrell is insecure, tortured by her past life experience with men.

After following the advice of her mother, Cierra agrees to accept family friend Isabella Duvall’s offer for help in obtaining a marriage of convenience.

When Isabella’s gorgeous brother Ryker—shows up, Cierra can’t stop dreaming about him.

Lust is a powerful emotion, and though Ryker tries to resist her at first, he cannot stay away. But when old vendettas from the past resurface, their relationship is put in danger.

Will life’s unexpected turns hurt innocent people and destroy their future, or can Cierra and Ryker survive even the most volatile storm?

Will Cierra and Ryker survive life’s volatile storm? When lust is a powerful emotion?

ENZO RAWLINS hadn’t a care in the world as he laid back as Kalita Lopez worked magic with her tongue.
The sun crept up against the window pane just as he screamed her name. “Kalita, baby! Kalita. Damn that was good.”
Kalita Lopez was a mesmerizing beauty.  The kind of woman who knew how to use her sex as a weapon, an instrument of pure pleasure, and a way to support herself.
“Enzo,” she purred. “Kalita likes you. But you don’t pay the rent. It’s time for you to go. I must meet a diplomat at two o’clock today. I need my rest. By the way, pick up those empty champagne bottles and put them outside in the recycle bin for me when you leave.”
“What?” Enzo stared at her with hurt dark eyes and realized he hadn’t seen that coming.
“Look Enzo don’t be hurt. Everyone has to earn a living. You’ve been with me almost four days now. The money Ryker gave me was good, but I’ve been handling you on charity for the last two days and that’s because you’re pretty good with that weapon you’re stroking right now.”
“So, you’re not one of Ryker’s old flames?” He asked but didn’t wait for an answer. “You’re a hooker.”
“Hell no!” she said in perfect English.
“And you’ve got a phony accent too? What next?”
Kalita got up out of the bed and picked up Enzo’s cloths and threw them at him. “Look Enzo, this is Silicon Valley in case you haven’t noticed. Rents and mortgages aren’t cheap. Now don’t you have a job or something to go to?”
Enzo shook his head and then thought about it. Why not tell the truth for a change? “No, I’m sort of in between jobs,” he said. “Hell, I should get paid to do what you do. I could use some fast money.”
Kalita studied him slowly. His naked male form was sexy to behold. Her mind raced. Enzo was good at wielding that penis of his, like a gallant Knight on a mission. But was he sincere, she wondered?
She knew what social skills were needed to handle a job like she had.  Enzo had those skills. Plus, he was good at laying down some really classy, sexy, sweet talk on a moment’s notice. Not to mention that sexy thing he did with his tongue.
Kalita was good at judging people. And then she made a decision and flashed Enzo a grin. “Well…Well …Well,” she said thoughtfully. “Are you just looking for a hobby to do when you get bored? Or are you serious about that making some fast money?”
“And how,” Enzo said with a lascivious grin.
“You know you are a sexy stud muffin and I do know a few wealthy elderly ladies who would just get a kick out of letting you use that weapon you call a penis on them.”
Enzo grew silent.
Kalita decided to sweeten the pot. “I know a company that is hiring, and all you have to do is be nice to a few women and let them see how capable you are in the bedroom,” she hesitated, smiling wickedly.
She let her words sink in watching his brain digest the information.
“Are you serious Enzo?  I mean about making some fast money,” she finally asked.

RYKER GRANGER sat beside his father’s hospital bed and realized that his parents weren’t the invincible. He also realized he envied the relationship his parents had together.
A stabbing pain shot through his father as he tried to sit up and reach out. “Ouch!”
“Dad, what are you thinking? Just lie still,” Ryker said.
“I hate waking up in a hospital room,” Colbert declared. “What happened to me anyway?”
“All I know is one-minute Isabella is yelling for me to come quickly because you were having chest pains and the next thing I knew you collapsed in my arms. You’ve been in the hospital a week now.”
“Yeah, I remember that,” Colbert nodded. “Did the doctors say what was wrong with me?”
“They said you were dehydrated, exhausted, and your blood pressure was running higher than normal, and they are still running tests.”
Colbert reached for the blanket.  “I want to pull the blanket closer,” his father said and then looked around the room.
“Let me do that,” Ryker said, adjusting the blanket.
His father glanced around the room. “Where’s your mother?”
“Isabella took her downstairs to the cafeteria,” Ryker replied.
“Hah!” His father nodded and smiled. “I seriously doubt that. The two of them probably rushed off somewhere to find the nearest Thai restaurant.”
Ryker had to admit he was right. “You know it.”
Colbert Granger leaned up and raised his hand. He waved Ryker closer. “Good, because there’s something I wanted to talk to you about, in private, son.”
“Yes, sir,” Ryker replied.
“Let me cut to the chase Ryker. I’m your father and I’d like to feel that you got that Taker instinct from me. Chasing women, loving the art of doing business. You know what I mean,” his father laughed out.
Ryker smiled coolly and sat in silence.
“Hell, you’re a hot-blooded Granger just like me. I know you got that chasing tail gene from me, that’s for sure.”
Ryker read his father’s eyes and a smile flitted across his face.
The two shared a laugh.
All at once Colbert inhaled a deep breath and stared back at his son. “But Ryker, by the time I was your age I was married to your mother and she was pregnant with you. Now I know you don’t want to give up your freedom. And that’s why I’ve given this a lot of thought.”
Ryker stood there staring back at his father.
“And you know what else Ryker?” He pointed to the chair. “Maybe you should sit down before I say what I’m going to say.”
Ryker pulled a chair in close.  “Okay, what is it Dad?”
Colbert Granger cleared his throat. “Ryker, I love you, son,” he hesitated. “And I know you know all about my having your half-brother, Steele Coltrane two years before you were born.”
“Dad I know all about the family history. Why are you telling me this?”
His father frowned. “I’m getting to that part Ryker, indulge your father for once and let me finish,” he said with a tilt of his head. “Anyway, like I was saying that Cierra Cantrell is one really nice girl. And I want grandchildren, so does your mother and since getting married and starting a family is the farthest thing from your mind. Your mother and I discussed it and we agreed that Cierra was the perfect young woman to have our grandchildren by.”
The moment was silent.
Finally, Colbert spoke. “You see Ryker, sometimes parents have to make hard choices. They have to look at their children in a way where they evaluate them to see what strengths they have and what weaknesses. Now take you for instance, you have an authoritative manner, but your disposition is like mine when I was your age. I loved to sow my wild oats too.  Did you know Ryker, that in ancient times the Egyptians believed that there was danger in giving too much power to the youngest son?”

AT JUST PAST TEN O’clock that night Kalita Lopez called Enzo Rawlins’ cell phone and gave him the information.
After taking a shower and changing he packed a small overnight bag and walked out of his home and loaded his car.
Growing up in the upscale Berryessa Area of San Jose, he had been like all the other kids who had graduated from Piedmont High School, with big dreams of one day starting the next big dot.com business. But part of being Enzo Rawlins was always having a back-up plan.
Enzo’s back up plan always seemed to involve controlling others. Especially horny women with big bank accounts, he thought as he drove down the street.

***
An hour later, he pulled his car into the driveway of the affluent home in Oak View Estates in the rustling hills of Alamden Valley.
He thought the mansion was in typical California Spanish hacienda Style as he walked to the front door.
The front door opened promptly.
“Luanne Lanchon?”  Enzo asked curiously, feeling he had to be the luckiest gigolo on the face of the planet.
“Yes, and you must be Enzo,” she said. “Come on in. Oh, and I have the Gayot Rosé Champagne.  Kalita said that it was your favorite,” she said in her soft southern drawl.
Luanne Lanchon was a beautiful sixty-something woman with a slim build and big breasts. Her long, full black hair was laced, intermittently with silvers of gray.
“I have a fire going in my pleasure chamber,” Luanne said, closing the door behind them. She walked down the dim lighted foyer like she was an imperious queen, as the tiered sheer negligée she wore flowed after her.
Enzo fell in step behind her and caught a whiff of her perfume as it hung thickly in the air around them.


Minutes later, Luanne led the way into the pleasure chamber, a luxurious bedroom suite at the far end of the mansion, complete with a full bar, a sitting area in front of a roaring fireplace, and huge sliding glass doors. 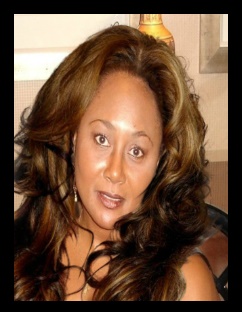 J.A. Jackson is the pseudonym for an author, who loves to write deliciously sultry adult romantic, suspenseful, entertaining novels with a unique twist. She lives in an enchanted little house she calls home in the Northern California foothills. She fell in love with writing as a small child.  She was born in Arkansas and comes from a family rich in story tellers.  She spent over ten years working in the non-profit sector where she wrote grants, press releases and contributed many stories to their newsletter. She was their Newsletter editor for over ten years. She loves growing roses, a good pot of hot tea, chocolate, magical stories, suspense stories, ghost stories, and reading Jane Austen again and again in her past time. 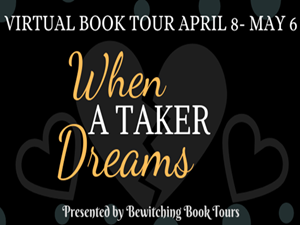 Email ThisBlogThis!Share to TwitterShare to FacebookShare to Pinterest
Labels: When A Taker Dreams by J. A. Jackson #romance