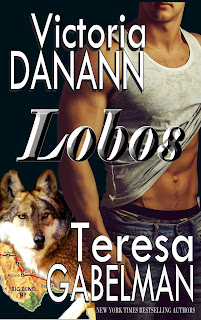 Tagline: Sometimes running away takes you straight to the thing you’re running from.

The Three Rivers Pack has been deeply embedded in Kerrville commerce and society for generations. They own businesses and hold government offices, including that of sheriff. But the influx of retirees and well-to-do building second homes in the Hill Country has squeezed the shifters for room to run.

The only answer is relocation to a less populated locale and that will require making a deal with the pack that holds that territory. The alliance struck by the two alphas is blood seal, a political mating between the Lobos alpha’s daughter and the Three Rivers alpha’s son. It’s the perfect solution that benefits both tribes. Except nobody asked Fleet Ryder and Dani Alvarez if they’re willing. And they aren’t.

Listen to the PODCAST

The light was on in the kitchen, which meant Marva was up. When he stepped through the kitchen door not wearing a stitch of clothing, she looked him up and down with a half-smirk and the same lusty interest she’d shown as a teenager. John Ryder thought of himself as being a lucky man to have a mate who loved and craved his body like they were newlyweds, after thirty years together. He returned her smirk with a knowing smile, pulled her in close and kissed her long and deep. When he pulled back, she sighed. He loved that sigh.
“I know that look,” she said.
He kept her tight against his naked body, but pulled his head back to make eye contact. “What look is that?”
“The one that says you’ve made up your mind about something important.”
He broke away and grabbed the clothes he’d left on the bench by the back door. As he began dressing, he said, “Yeah.”
The pensive tone told her everything she needed to know. “And you’re not happy about it.”
She waited patiently while he finished dressing. She’d been with him long enough to know the difference between John, her mate, and John, the alpha.
At the moment he was seeing the world through the filter of pack alpha. He’d speak when he was ready and wouldn’t be rushed.
“Can I have some of that coffee?” he said.
She turned, poured and handed him a mug. “You want breakfast here or are you gonna eat at the café?”
“Café.” He leaned back against the kitchen counter and took a sip before saying, “We have to go.”
“Go?” Marva stopped what she was doing and turned with a question firmly registered in the crease between her brows. “Go where?”
When his pale gray eyes met hers, she recognized the gravity of the moment.
“I mean we have to move,” he said quietly.
Marva sat down heavily at the kitchen table trying to keep her shock from adding to the burden her mate was clearly carrying with stoic pride. “You mean the whole pack.” It wasn’t a question, but a verbal clarification.
Nodding, feeling much older than his years, he simply said, “Yeah.”

It might have come as a surprise to Marva. It would be a surprise to everybody in the pack. And not the good kind. But truthfully, John had been mulling over the problem for years. As alpha, survival of the pack was his responsibility. With an eye on the encroaching population, he knew there was only one way it could end. Move. Or be exposed as shifters with the vast shit chasm that promised.
Since the latter was just not an option, they were going to have to prepare for a whole-pack migration. Several lucrative business enterprises and a lot real estate was about to go up on the market in Kerrville. But first, pack members had to be told. And he wasn’t expecting even the most adventurous of them to be happy about it. The final decision was his and making it meant that he owned the outcome as well. 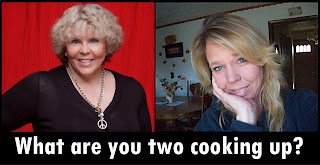 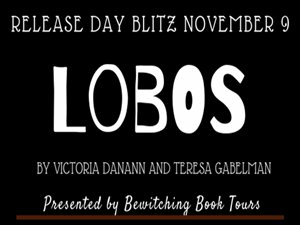